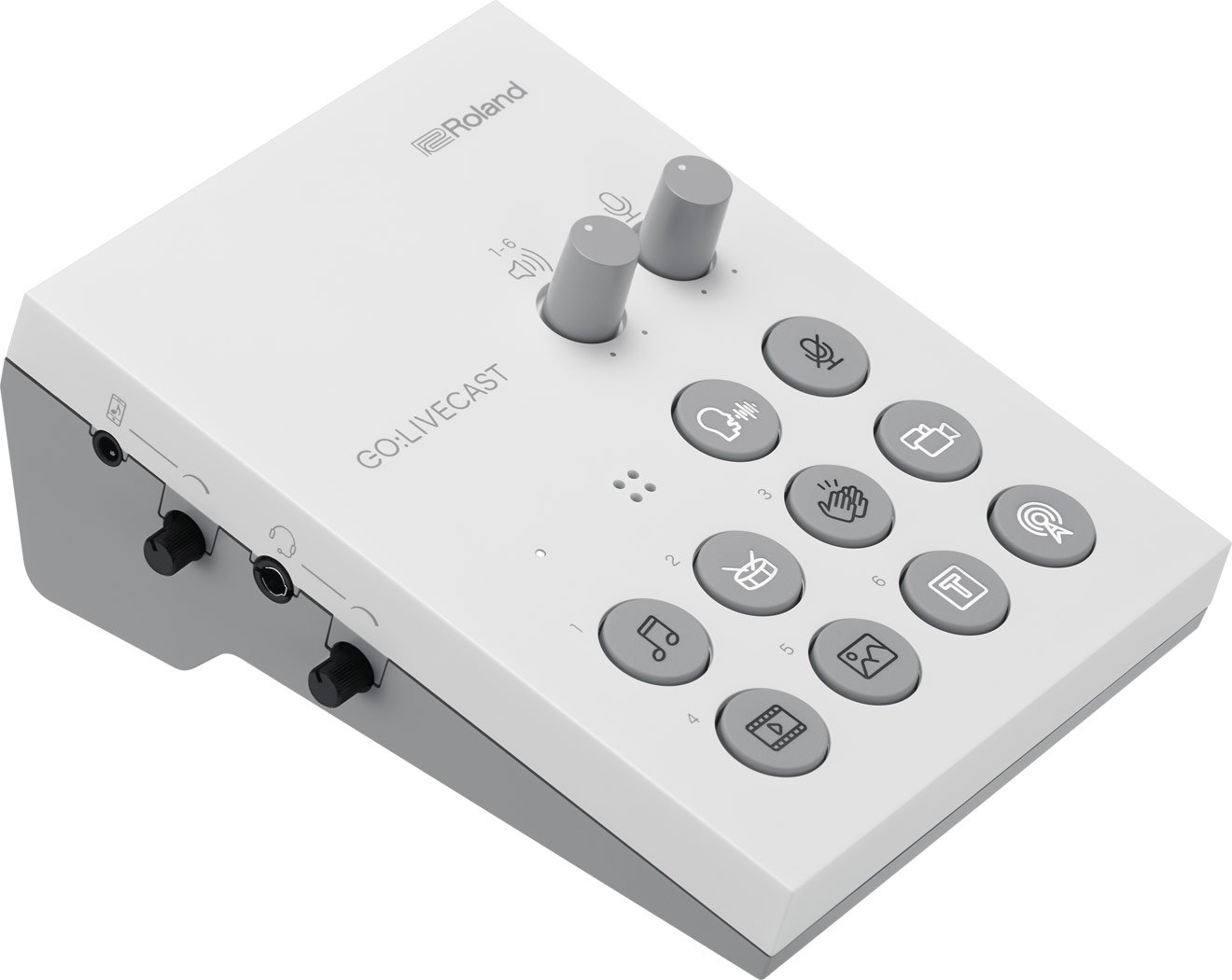 Although it’s easy to stream live content with your smartphone, making your broadcasts look professional takes more effort. That’s why you need GO:LIVECAST, the simple and affordable way to bring superior production values to your webcasting. This hardware/app combo is a fully featured streaming studio that lets you mix sound, display titles, play media, trigger sound effects, and more—without needing a computer or costly dedicated A/V gear. With just the GO:LIVECAST hardware, companion app, and your smartphone, you have all the tools you need to present engaging live web shows that will rival the most advanced creators on social media.